What a difference a year makes—especially when ingenuity meets resources

The Graham Sustainability Institute’s Carbon Neutrality Acceleration Program (CNAP) announced a new set of funded faculty research projects, all of which are designed for completion within a year. CNAP is a multi-year, multimillion-dollar program created in 2020 with a $5M gift from anonymous donors. This is the second round of funding awarded.

“Taken together, these new CNAP projects underscore the University of Michigan’s leadership and innovation across the challenge of carbon neutrality,” said Jennifer Haverkamp, Graham Family Director of the Graham Sustainability Institute. "They showcase our faculty's enormous capacity to help resolve this urgent and existential threat."

While the seven new projects run the gamut of carbon-reduction interventions, they share a common thread of timely practical application. All of the projects have the potential to change standard industry practice within the next decade or sooner.

“The pandemic disrupted the normal flow of some research projects in my lab, causing some work to get ‘out of cycle’ with respect to funding patterns,” said Stephen Maldonado, Professor of Chemistry. “This CNAP grant is invaluable in helping mature the work so that we can be competitive for external funding.”

Maldonado is principal investigator on a project that aims to overhaul the production of silicon for solar energy. “My hope is that folks in industry will also see this work and facilitate translation from the lab to a real process.”

Fellow grantee Lei Chen, Professor of Mechanical Engineering at UM-Dearborn, shares this sentiment. He and co-PI Yi-Su Chen, Professor of Operations at UM-Dearborn, have taken the translation to industry a step further by partnering directly with Ford Motor Company. Their deliverables will include supply-chain modeling to uncover economic incentives for EV manufacturers like Ford. “Our project will develop a proof-of-concept for battery upcycling using all-dry synthesis,” said Chen. “Once proved to be effective, we will extend the concept to various battery components and powertrain materials.”

“The CNAP grant will be the initial driving force for this research, which will have a significant scientific and economic impact on carbon neutrality. That is exactly the goal of the CNAP program: to advance a low-carbon future.” 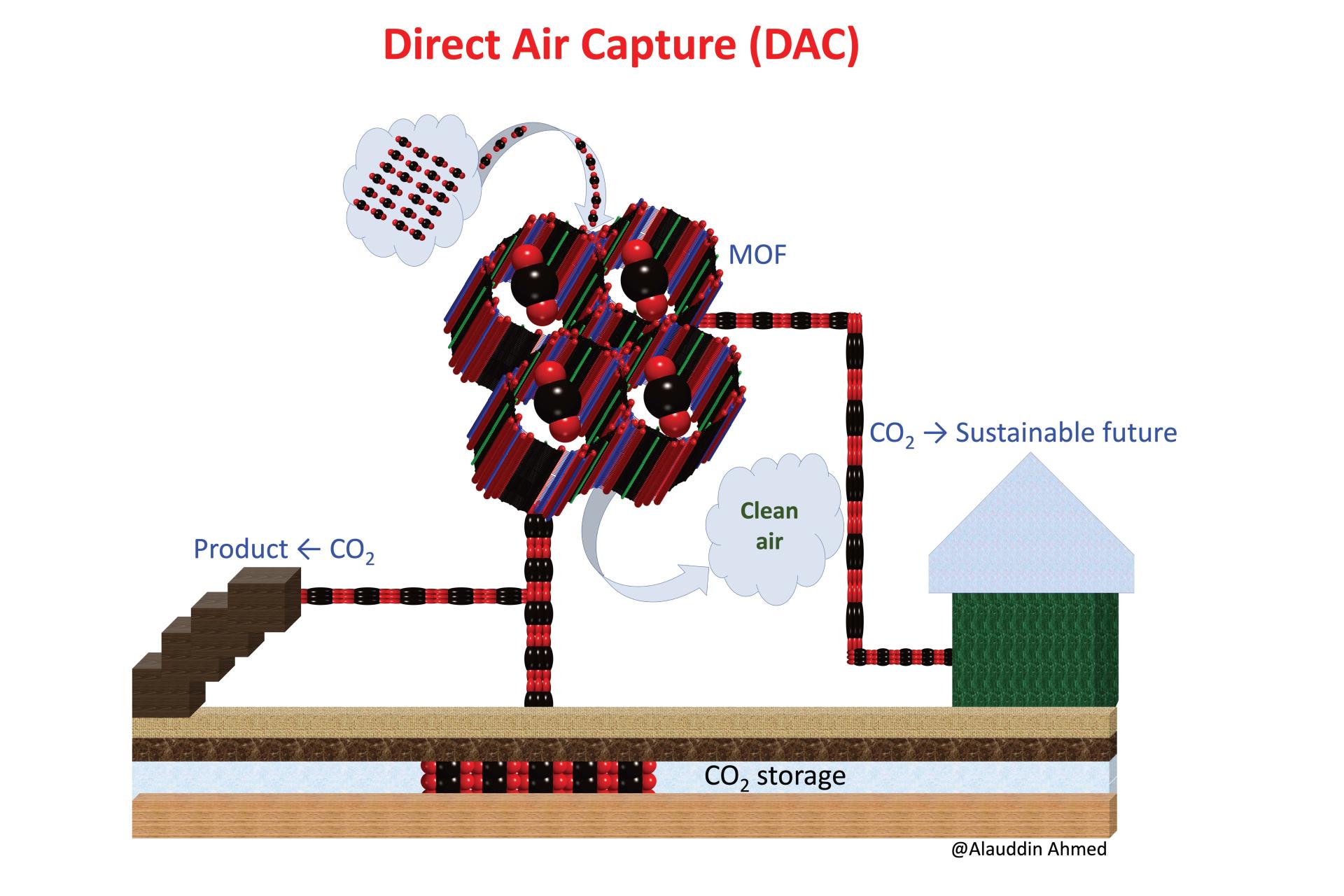 Direct air capture (DAC)— pulling CO2 out of the air—will likely play a critical role in balancing carbon emissions that cannot be eliminated. And in the pursuit of economically viable DAC pathways, metal-organic frameworks (MOFs) — a class of CO2-inhaling crystalline “sponges” — just might come out ahead. Recently, these nanoporous adsorbents have emerged as potential winners because of their exceptional CO2 capturability and low regeneration energy.

However, in typical atmospheric conditions, MOFs can prefer to bind with water over CO2, reducing their suitability for DAC. Discovering the right MOF for the task involves balancing the trade-offs between preferential adsorption of CO2 and water. The research team likens this exercise to finding a needle in a haystack, as there are millions of MOF candidates that may or may not work.

Using a multi-stage computational approach and leveraging their database of nearly a million MOFs, the team aims to produce the world’s first list of “hero MOFs” for DAC under humid conditions. The team will also develop machine learning models for quickly screening thousands of MOFs for this purpose. The outputs developed in this work will allow researchers worldwide to discover and design MOFs for DAC at an unprecedented speed. 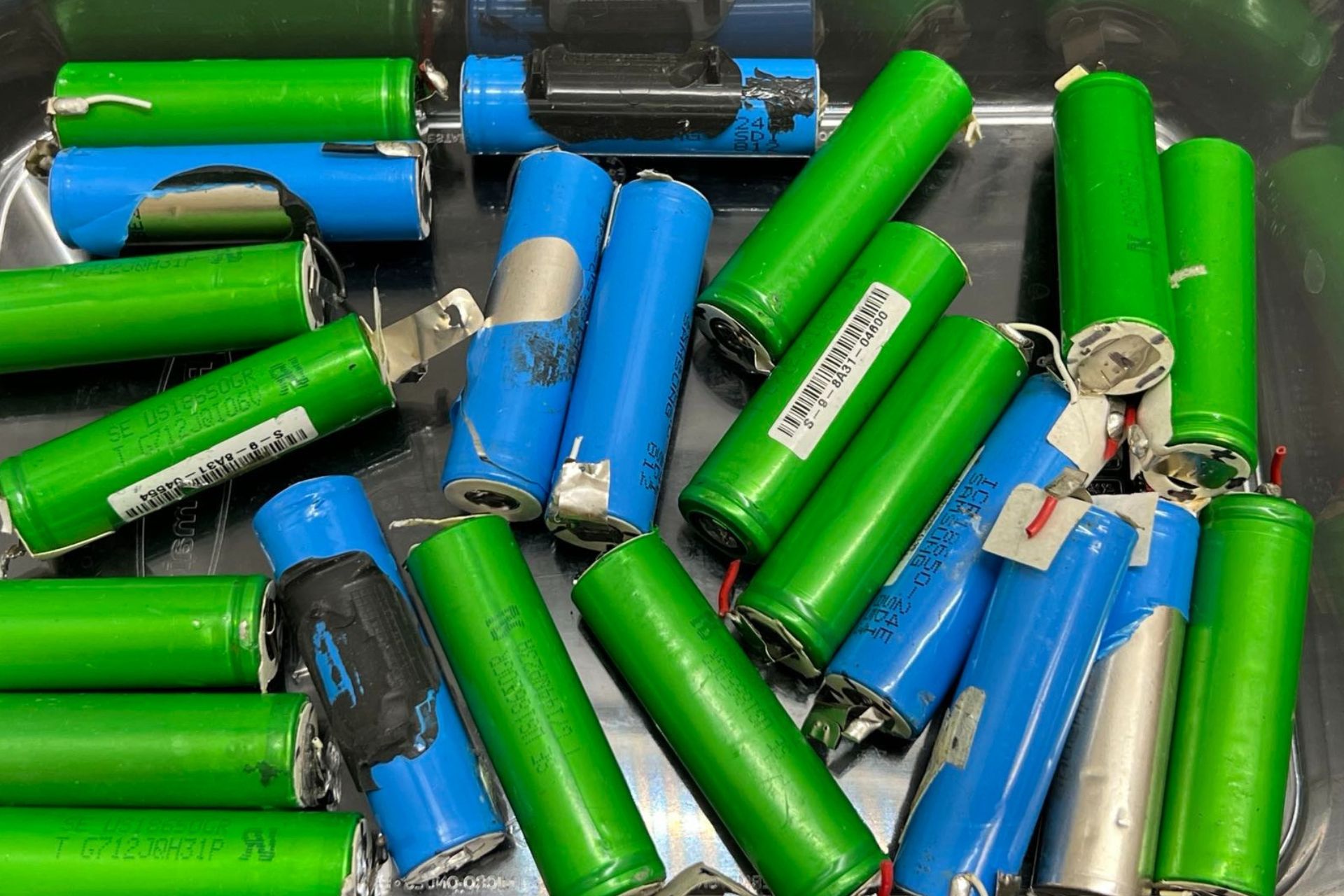 Lithium-ion batteries (LIBs) have facilitated the advancement of electric vehicles, a critical technology in decarbonizing our economy. However, left unchecked, the widespread use of LIBs will eventually generate massive amounts of battery waste. Given current projections of 21 million spent battery packs by 2040, recycling end-of-life vehicle LIBs is becoming an urgent need.

Currently, recycling LIBs is disincentivized because traditional processes entail high energy input or involve significant waste and caustic reagents and do not create products valuable enough to offset the processing cost. This project aims to remediate those issues by developing a novel, simple, profitable upcycling process that is low-cost and low-pollution.

Over the coming year, in partnership with Ford Motor Company (who will provide the spent batteries), the research team plans to develop a proof-of-concept for the proposed recycling process and conduct a techno-economic analysis of their process as compared to traditional recycling. The planned products from their recycling process are high-value components for new batteries. Their work will provide a testbed for industrial-scale applications. 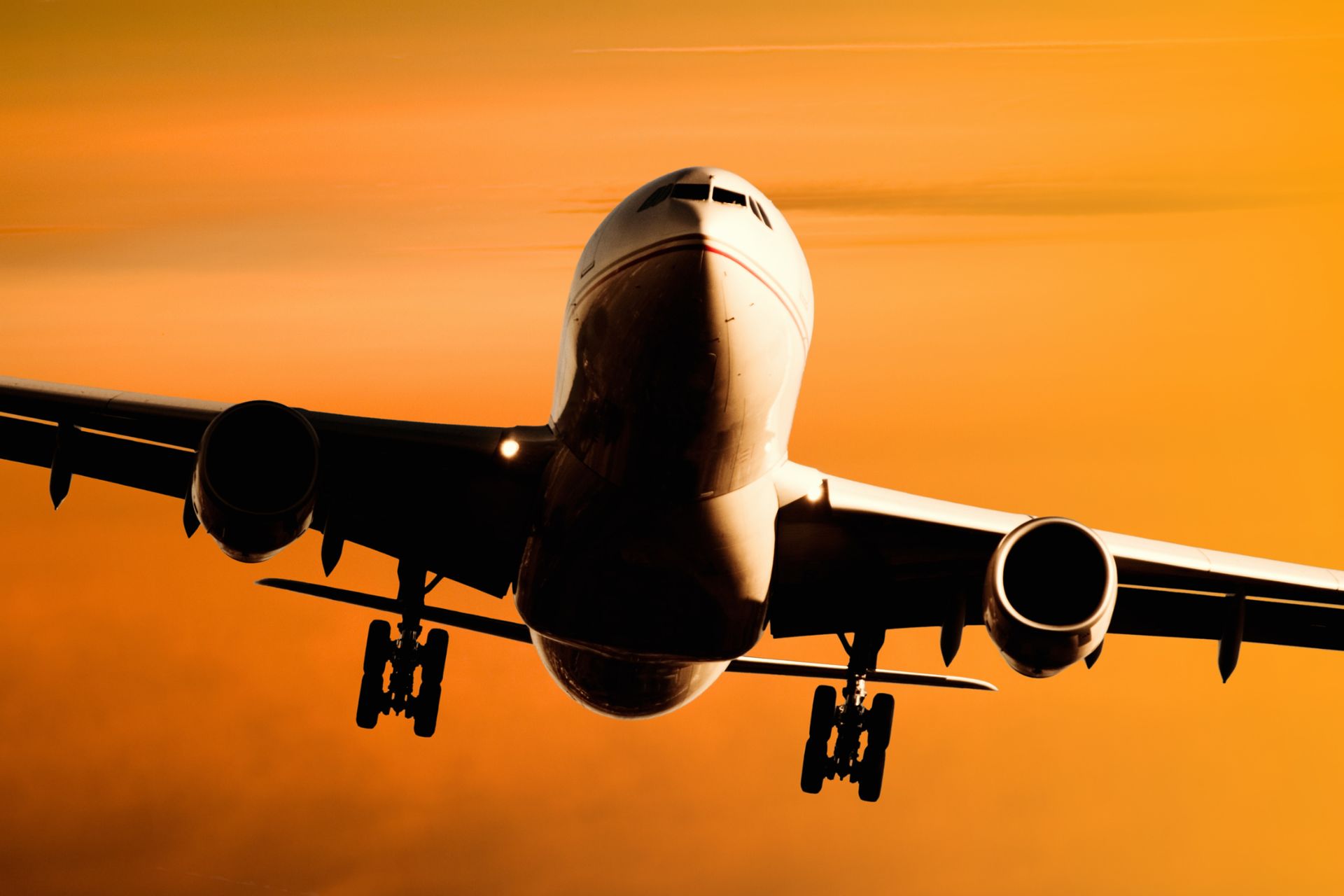 Current projections show that the aviation industry could account for 25% of global CO2 emissions by 2050. The need to lower emissions within the industry is clear and dire.

Yet full aircraft electrification faces significant barriers, due primarily to battery limitations, which contain 1/50 the energy as the same mass of jet-fuel. Hybrid-electric aircraft that can combine the advantages of electrification and the energy density of jet-fuel have emerged as a disruptive technology with the potential to reduce emissions significantly. However, these hybrid systems require optimization of aircraft design and flight operation simultaneously.

To that end, this research team will develop a computational framework for rapid and efficient modeling of hybrid electric aircraft missions for commercial fleet operations, revealing the tradeoffs between aircraft design, top-level operations metrics, and resulting aircraft CO2 emissions. Ultimately, the methods they develop will enable the optimization of electrified systems to minimize CO2 emissions across the next generation of aircraft fleets. 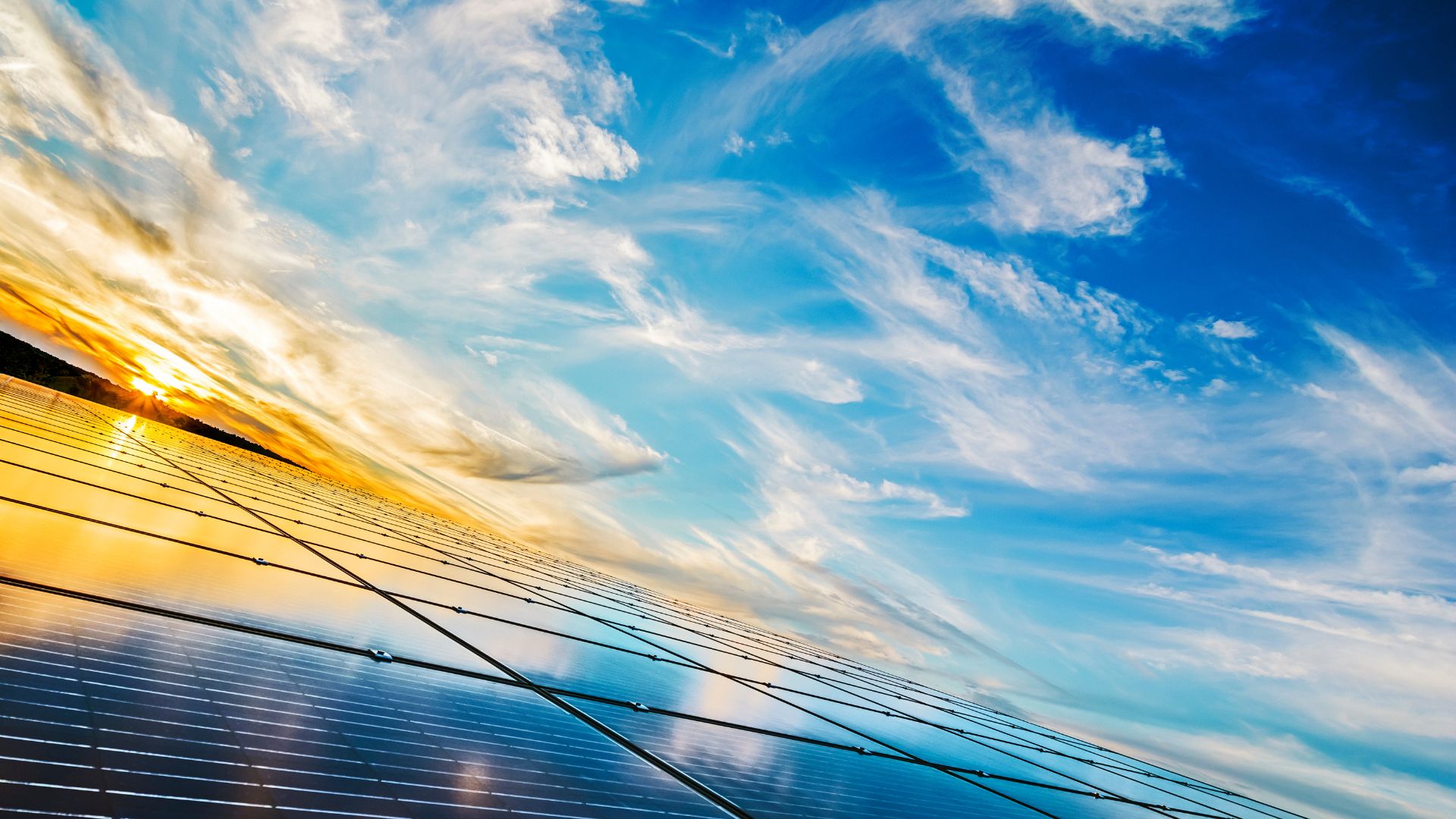 Silicon would seem to be a natural choice for photovoltaics. Its properties are well-understood, it is practically indestructible, and it poses no hazards to human health. But paradoxically, silicon cannot scale up to meet global energy demands because the manufacturing process relies on centuries-old, resource-intensive chemistries that require major energy inputs and generate toxic byproducts.

This research team aims to revolutionize the production of silicon with a low-temperature process that is radically simpler than any existing practice. Their technique, electrochemical liquid phase epitaxy (ec-LPE) invented by the Maldonado lab, makes the idea of forming a silicon photovoltaic device from a beaker on the benchtop possible. The funding from CNAP will enable the team to demonstrate that sililcon ec-LPE is a viable method and seek follow-on grants to continue their work.

The team is motivated by the desire to eliminate the impediments that prevent silicon from being scaled rapidly to supplant fossil fuels. If successful, their ec-LPE process could unlock silicon photovoltaics' potential to put transformative solar resources into the energy portfolio of every nation on Earth.

At long last, engine and fuel optimization could unlock the potential of dimethyl ether 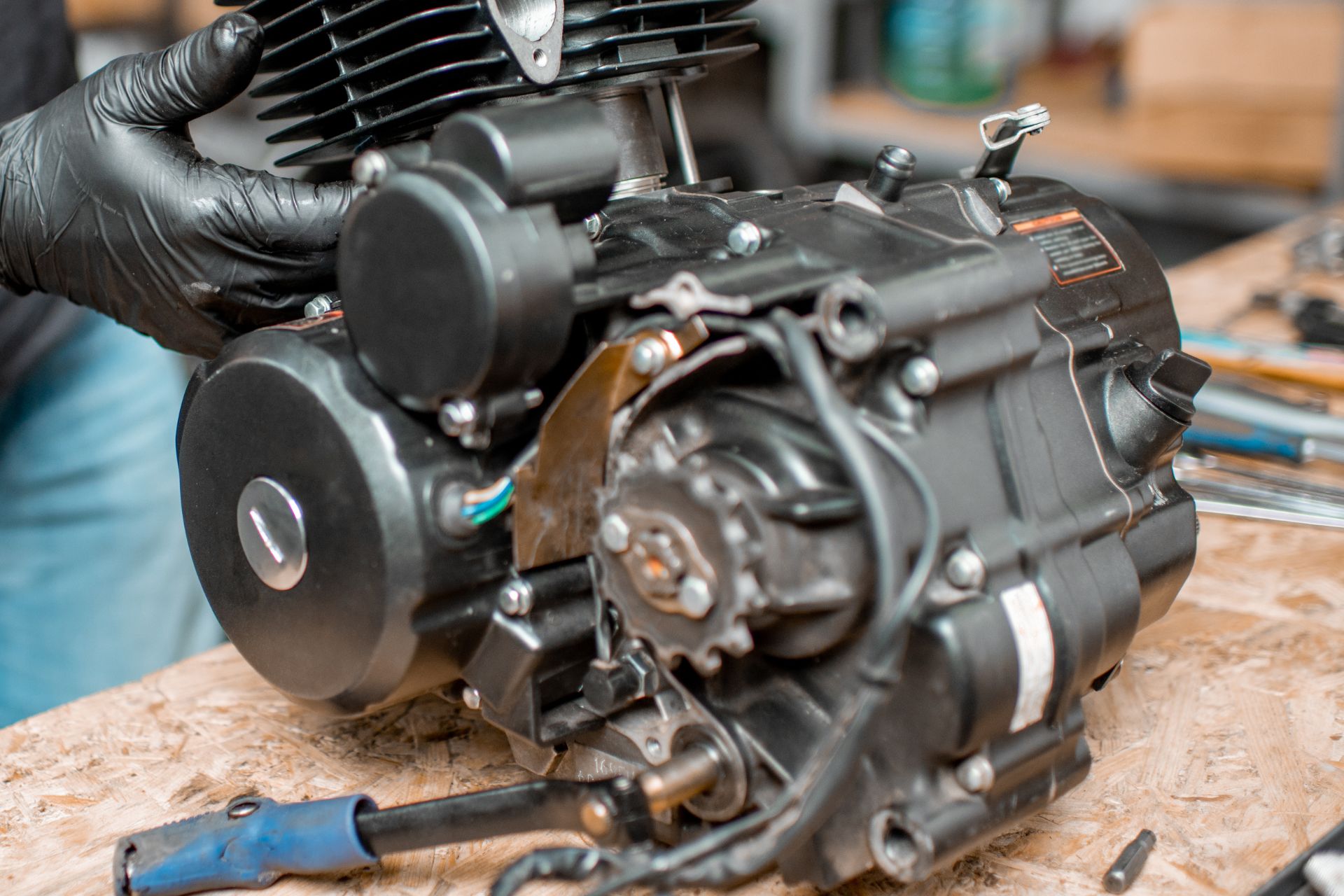 For decades, dimethyl ether (DME) has shown great promise as an alternative transportation fuel. DME has little or no negative effect on human health, properties similar to propane, and best-in-class energy output. Yet, despite all of its positive attributes, no company has been able to commercialize vehicles that can run on this synthetic fuel.

Production is not the problem. The fuel can be made from a variety of feedstocks, as well as from captured carbon dioxide and renewable hydrogen. Rather, the challenge is in the effective utilization of DME in durable, clean-burning engines. Low lubricity and viscosity lead to wear and leakage problems within the fuel injection pump and fuel injectors.

This project team will leverage partnerships with Ford, the EPA, and Oberon Fuels to address these barriers to uptake. The team will create and install a single-cylinder diesel engine operating on DME that achieves high engine efficiency, ultra-low pollutant emissions, and deep negative carbon intensity. 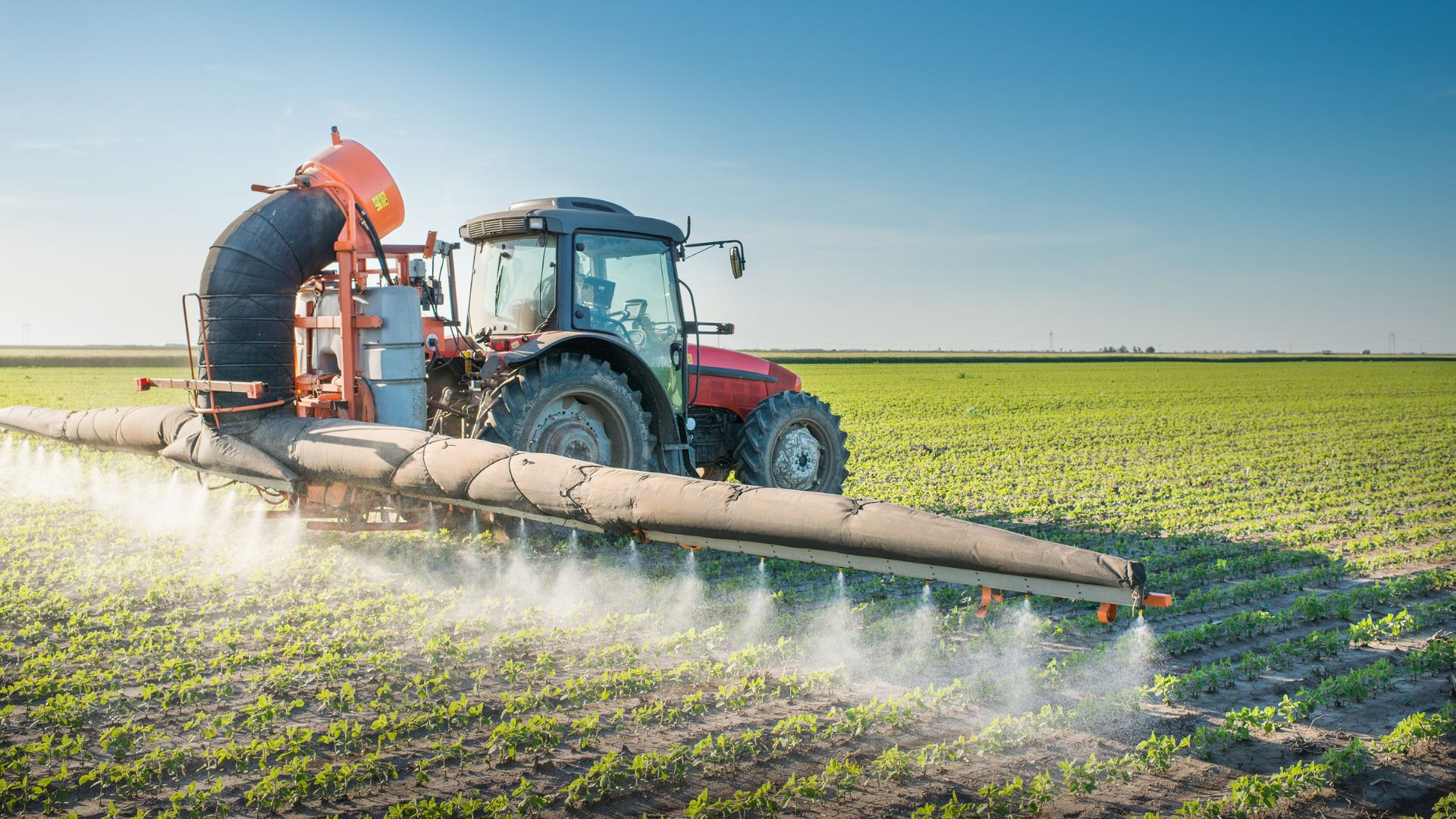 Urea, a ubiquitous but essential fertilizer, is synthesized at high temperatures and pressures using methane, nitrogen, and carbon dioxide. Its production releases 11.5 million tons of CO2 annually in the U.S. alone.

In an effort to lower the carbon footprint of urea production, this research team will test a new electrochemical process that uses renewable electricity, carbon dioxide, and nitrate to make the fertilizer. Their use of renewable electricity in place of methane will significantly reduce the carbon dioxide emissions associated with the urea production process.

In addition, the team’s replacement of stable nitrogen with reactive nitrate will lower the overall energy required for urea production. Moreover, as nitrate is one of the most common water pollutants, coupling it with carbon dioxide will have the dual benefits of producing urea in a carbon-neutral fashion and simultaneously remediating an abundant pollutant.

The researchers expect to develop novel catalysts and electrochemical techniques, and will continue work with NSF’s Innovation Corps to identify markets and market barriers for the proposed technology. 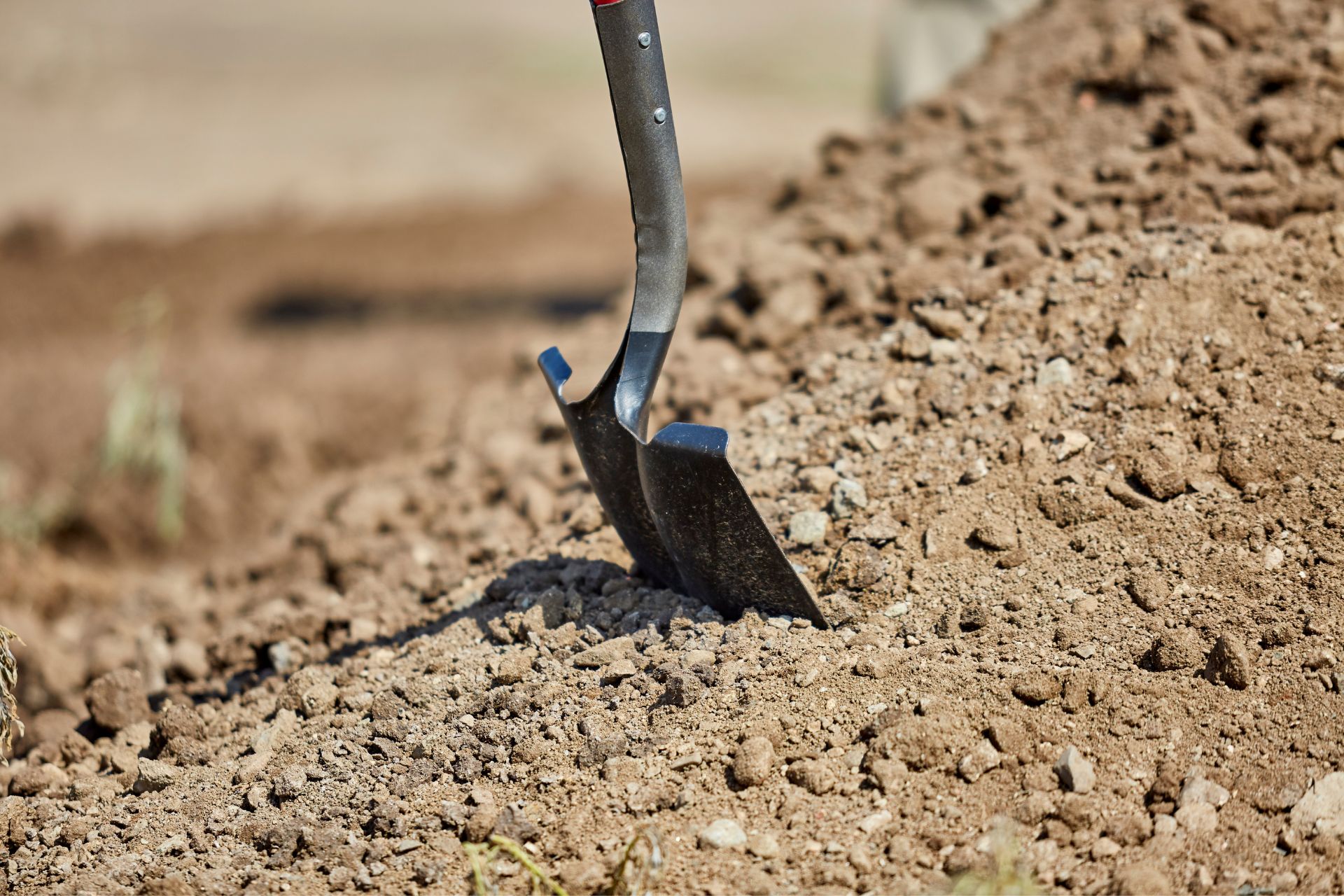 Detroit Dirt is a local organization that collects and uses food waste, herbivore manure, and spent grains across metro Detroit to create high-quality compost. In partnership with Detroit Dirt, this research team will seek opportunities to leverage biomass on a much larger scale for profitable products and fuels.

Using Detroit Dirt’s experience as a starting point, the team will develop a framework for a low-carbon biomass market economy. The researchers will explore diverse strategies for recovering biomass, conduct small-scale tests on a variety of technical processes, and run simulations to identify products and policies that could foster demand for recycled biomass. The team also plans to produce teaching cases for K-12 and higher ed.

The researchers will use their learnings around biomass to distill systematic, scalable, transferrable pathways for other localized markets to contribute to a circular economy. In addition, the team hopes to help Detroit Dirt strengthen its own business model and evolve into a national hub for low-carbon biomass waste-to-profit practices.

This project is part of a long-term collaboration to create and develop a diverse network of non-profits, entrepreneurs, and local governments partnering around sustainable development and carbon neutrality across the state of Michigan.