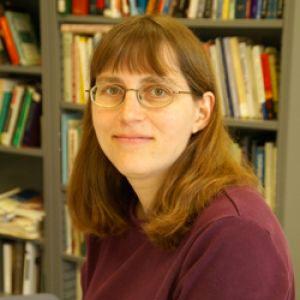 Elizabeth Anderson has taught at University of Michigan since 1987.  In 2011 she became inaugural Director of the Program in Philosophy, Politics, and Economics, a program she created in collaboration with colleagues in Political Science and Economics.  She is a Guggenheim Fellow and a Fellow of the American Academy of Arts and Sciences.  She specializes in moral, social and political philosophy, feminist theory, social epistemology, and the philosophy of economics and the social sciences. She is particularly interested in exploring the interactions of social science with moral and political theory, how we learn to improve our value judgments, the epistemic functions of emotions and democratic deliberation, and issues of race, gender, and equality. She is the author of Value in Ethics and Economics, The Imperative of Integration, and, most recently, Private Government: How Employers Rule Our Lives (And Why We Don't Talk About It), as well as articles on value theory, the ethical limitations of markets, facts and values in social scientific research, feminist and social epistemology, racial integration and affirmative action, rational choice and social norms, democratic theory, egalitarianism, and the history of ethics, political philosophy, and economics. She is currently working on a history of the Protestant work ethic from the 17th century to the present, with a focus on good jobs, and a short book on how to practice democracy in communicating across lines of partisan, ideological, and social identities.